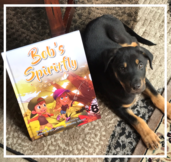 ​​​​​​​​​​Laura Kristi Cronin is an award-winning author, certified kids yoga instructor, dōTERRA wellness advocate, actress, model and mother of two. She is also the sole owner and operator of her online jewelry store, Wrapped in a Mala. It is Mrs. Cronin’s mission to spread as much love, healing and happiness as possible. “Whether it’s a six-year-old boy finding comfort reading my children’s book, or a 60-year-old woman meditating with her new mala beads, I simply want the world to be open to the magic the universe has to offer,” Laura says. “It’s there if we allow ourselves to see it!” ​

For nearly twenty years, Laura has been a major influence in the Denver media scene.  She has hosted dozens of national tv shows, starred in many national, regional and local commercial spots, and has graced the pages of today's most popular magazines.  She has worked with clients such as Coors, Volvo, Bass Pro, Nike, Craftsy, 5280, Real Simple, Sports Authority, Frontier Airlines, Pearle Vision, Comcast SportsNet, Turner Media and many more.  With her quick wit and "try anything" attitude, Laura has found herself in over 130 million households doing everything from skeet shooting in Pennsylvania to walking the red carpet on the Beauty & Fashion Channel.

Laura is passionate about making a positive footprint on the planet. Alongside her husband and two children, she helps to feed the homeless with the proceeds from her jewelry shop.

Laura’s hobbies revolve around a healthy lifestyle and the great outdoors. Yoga, meditation and "mom-ing" are her priority, but as a Colorado native, she also enjoys hiking, fishing, four-wheeling, skiing and spending time with her family and their rescue dog, Bo​b.

2. Laura married ex professional soccer player, Steve Cronin, who was the the goalkeeper for the LA Galaxy when David Beckham made his American debut.

3. At the age of 30, Laura became pescatarian. Her seven-year-old daughter is nearly vegan and four-year-old son is pescatarian as well.

4. Laura's handmade malas can be found in 14 different countries!

5. The steamy hot tub scene in the Warren Miller film, The Playground, was actually ice-cold! The tub was broken upon arrival at the infamous Sleeper House so what promised to be a warm, fun, outdoor shot, ended up in an overload of goosebumps! Can you tell?

6. In perfect serendipitous timing, the Cronins adopted their rescue dog on the exact same day "Bob's Spiritfly" was published! Although the dobermann/greyhound mix looked nothing like the golden in the book, the kids just had to name him, Bob. ​ 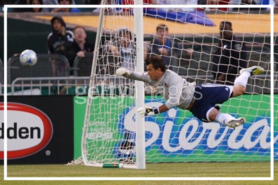 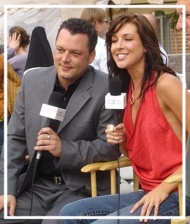 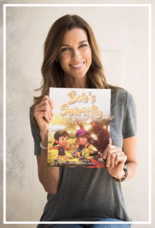 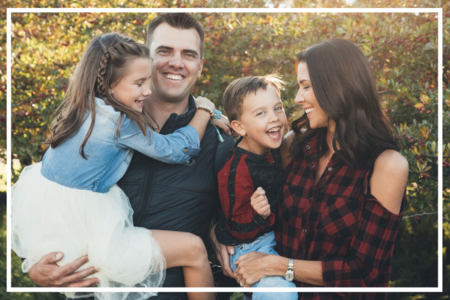 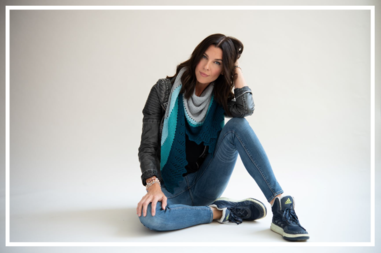 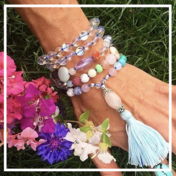 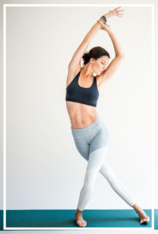